South Korean tech giant Samsung has unveiled the first-ever in-memory computing based on MRAM. This new version of MRAM can perform data computing and data storage both within a single memory network. In addition, the MRAR array chip in the technology has the potential to offer low-power AI chips, according to Samsung officials.

The low-resistant nature of MRAR powers the new in-memory computing introduced by Samsung. When used in standard in-memory architecture, the MRAR potentially limits the power consumption.

Today’s market expects a reduction in data movement and network latency. The increasing in-memory computing architectures have been solving such demands over the years. It is primarily due to its capacity to crunch data at the edge.

Apparently, the ‘resistance sum’ is the most highlighted attribute of the technology as it overcomes certain limitations present in the old in-memory architectures. Until now, the old architectures would depend on the crossbar arrays of non-volatile memories.

To overcome the low-resistance problem, the company tested a 64×64 crossbar array based on MRAM cells. With this, Samsung has built an architecture with resistance summation for analog multiply-accumulate operations.

Samsung recently published a paper where the company spoke of the benefits of the innovation. “practical advantages such as endurance and large-scale commercialization. The difficulty stems from the low resistance of MRAM, which would result in large power consumption in a conventional crossbar array that uses current summation analogous multiply-accumulate operations,” the paper stated.

The MRAM array chip has been integrated with readout electronics in 28nm supporting metal-oxide-semiconductor technology.

Samsung has tested the new MRAM chip with various AI-powered cases. Here, the chip achieved 93% accuracy in face detection from scenes. Also, for classified hand-written digits, it had 98% accuracy.

The South Korean market giant conducted this research at its Samsung Advanced Institute of Technology, SAIT. The institut collaborated with Electronics Foundry Business and Semiconductor Research and Development center.

The company has further plans to leverage the chip for biological neural network use cases. “[the company] envisions to create a memory chip that approximates the unique computing traits of the brain — low power, facile learning, adaptation to the environment, and even autonomy and cognition — that have been beyond the reach of current technology,” the company stated.

Dr. Seungchul Jung is a staff researcher at SAIT who has commented on the company’s vision regarding upcoming neural network technologies. “In-memory computing draws similarity to the brain in the sense that in the brain, computing also occurs within the network of biological memories, or synapses, the points where neurons touch one another,” he stated.

AI models with such neural advancements can break the limitations in the present data processing. This will make the models more flexible, having the capacity to produce more accurate algorithms. 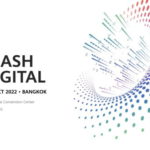 Huawei is accelerating the creation of a global information and communication technology ( ICT ) ecosystem. The company announced it would support partner companies’ digital transformation with the ‘Huawei Empower Program’ and invest $300 million Read more… 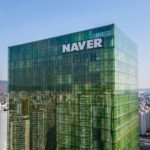 NAVER Corporation became the first among Korea’s internet companies to join RE100, a global renewable energy initiative to accelerate change towards zero carbon electricity grids. RE100 is a global initiative for businesses to convert 100% Read more… 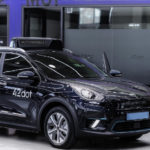